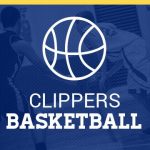 LODI — The tenth seeded Clearview Clippers gave the seventh seeded Cloverleaf Colts all they could handle, but the Colts won a back and forth battle, 58-54, in the first round of the OHSAA Tournament. The game was played within five points the entire evening.  In the final minutes, Cloverleaf took a 55-54 lead on

OBERLIN — The Oberlin Phoenix rallied from a 15-point first half deficit to defeat Clearview 65-60 on Senior Night at Oberlin High School.  The win, coupled with a Keystone home win over Columbia, gave the Phoenix a share of the Lorain County League championship. Clearview got started quickly, leading 15-11 after a quarter.  A strong

SHEFFIELD TOWNSHIP — The Clearview Clippers closed out the home portion of their schedule with a 69-54 win over visiting Vermilion in non-conference action Tuesday night.  It was the Clippers’ 9th straight win and sent their seniors out with a final victory at home. Both teams struggled offensively through most of the night, with Clearview 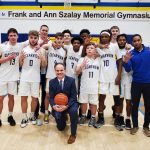 SHEFFIELD TOWNSHIP — Clearview’s John Szalay won his 400th career game tonight, a hard fought 74-67 overtime win against Keystone.  It was the Clippers’ eighth straight win and keeps them alive in the Lorain County League race heading into the final conference game of the season. Clearview and Keystone went back and forth, with the

SULLIVAN — The Clearview Clippers struggled offensively all night, but made just enough shots to survive an upset bid from the Black River Pirates, winning 51-48 on the road in Lorain County League action on Tuesday. Black River came out of the gate ready to play tonight, trading baskets through most of the first quarter,

On Sunday afternoon, the OHSAA and the Northeast District Athletic Board released the tournament pairings for the Division II Boys Basketball tournament in the North Ridgeville District.  Clearview earned the tenth seed overall and will open tournament play at Cloverleaf on Tuesday, February 25. The seeds are as follows: Cleveland Central Catholic Holy Name Rocky

ELYRIA — The Clearview Clippers outlasted a hot shooting quarter from the Open Door Patriots, and pulled away in the second half for a 79-56 win at Open Door in non-conference action Tuesday night. The Clippers started strong, leading 19-6 after a period and building the lead to 25-8 early in the second quarter.  Jordan

HENRIETTA TOWNSHIP — Back and forth and back and forth it went.  With the lead changing hands more than a dozen times, Clearview was able to pull away in the second half to defeat Firelands, 73-66, in Lorain County League action Friday night.  It was the Clippers’ fourth straight victory. The lead traded hands almost

SHEFFIELD TOWNSHIP — The Clearview Clippers earned a solid home victory on Friday night, avenging an early season loss at Columbia with a 59-49 win over the Raiders, who entered the evening tied for the lead in the Lorain County League. Clearview led most of the way, although Columbia did make a couple of runs

No Events This Week

Events are added by athletic staff.
View All Events